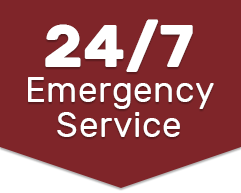 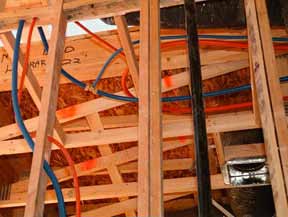 Do you have flexible plastic water pipes in your home?

Between 1995 and 2007, Kitec piping was a popular choice for new home plumbing. While some PEX piping performs fine, one type (branded under the Kitec name) had a design flaw with the fittings that homeowners should know could cause flooding. Kitec was sold under various brand names including Kitec, PlumbBetter, IPEX, AQUA, WARMRITE, Kitec XPA, AmbioComfort, XPA, KERR Controls and Plomberie Amelioree.

Kitec plumbing consists of flexible aluminum pipe between an inner and outer layer of plastic pipe (PEX pipe) with brass fittings. Recalls of the product started appearing by 2005.

The fittings were made with a high zinc content that caused dezinctifying in situations with aggressive water conditions. This in turn could either restrict water pressure or cause the fittings to fail completely, causing flooding and water damage to homes.

Many issues surrounding the pipe deteriorating is the temperature of the hot water running through the pipes. The manufacturer certified the pip could run with water up to 180º F. SA typical hot water heater is normally set to 170º F but some homeowners have the water heater set higher.

95 per cent of Kitec PEX pipe is orange for hot and blue for cold (it was also sold in red, blue, gray and black) and has “Kitec” prominently stamped on it. It may say made in Canada by IPEX. If fittings are visible, look for Kitec or KTC stamped on them.

This system doesn’t neccesarily have to be replaced but should be inspected often. Some homeowners have it replaced just for peace of mind.

There are also other brands of pipe similar to this but unless you see a name on it, you can’t be sure.